I arrived at Haneda yesterday afternoon. I don’t know if it’s because of winter or if the sun sets a little bit earlier in Tokyo. The sun was already setting as I made it out of the airport and dark by the time we made it to the sharehouse around 5pm. Immigration went smoothly. Got my residence card which has the picture I took from my bedroom and used for my visa documents. Feels weird seeing a picture I took myself rather than some “official” photo taken somewhere. After my experience with Walgreens trying to take my picture, I learned I could actually just do it myself and have them print my picture. My girlfriend met me right outside of the customs exit. Which was so nice to see after 16 hours of traveling and a few days of scrambling to get ready to leave.

Morning train by the creek

The flights themselves weren’t too bad. I upgraded to “Comfort Plus”, which is funny because it implies the most basic one is just “comfort”. On the first flight someone from the first class section decided to sit next to their girlfriend instead, who was sitting on my row. I ended up getting a last second upgrade to first class for the first flight since he wanted to sit there. It was nice. I played sudoku and ate a banana. The long flight to Tokyo, I ended up getting destroyed in smash brothers by the guy sitting next to me. Watched one and a half movies. Half of a spider-man movie that I’ve only seen the first half of, and some other movie that has escaped my mind. Also, either the (even slightly) upgraded seats get better food or Delta has improved their international flight food over the last few years.

Luckily, Haneda is significantly closer to where I live compared to the other main airport. Glad I realized this, because it cut out an hour of us carrying all my luggage. On the way to the sharehouse, something I found amusing — in the “I’m 5 years old” sense — was a station on my train line called “尻手”. Which separated, the kanji mean “butt” and “hand”. And if you were to read it with English characters it is “Shitte”.

After dropping my bags at the sharehouse, we went out to grab some food and bought some bedding. As we walked around the shoppping center, we starting talking about weekend plans. Which hasn’t sunken in as something I can do with my girlfriend. We have had a long distance relationship for the last year. Almost the entire duration of our relationship so far. For dinner, we ate okonomiyaki; a sort of savory pancake that is one of my favorite Japanese foods. We got a “seafood” variety of it that had shrimp, octopus, and few other things. We sat a few tables over from some Japanese businessmen; one of which was using a magnifying glass to look at his phone. I wasn’t too particularly hungry after the flight, but it was really good. I tend to have some weird travel anxiety that doesn’t do much beyond kill my appetite and make me worried I will get sent home for something beyond my control. That feeling tends to linger until I get some sleep. My girlfriend rode with me to my station. We said our good nights, she headed home, and I walked home with a bunch of blankets.

The jetlag kicked in immediately. I figured I’d at least sleep the first night through fine, but that was not the case. I woke up very well rested at 1am, but pushed for another 2 and a half hours before my body decided it was not going to sleep any more. Since I went to bed around 10, I think it was an alright amount of sleep, but it’s going to kick my butt tonight. 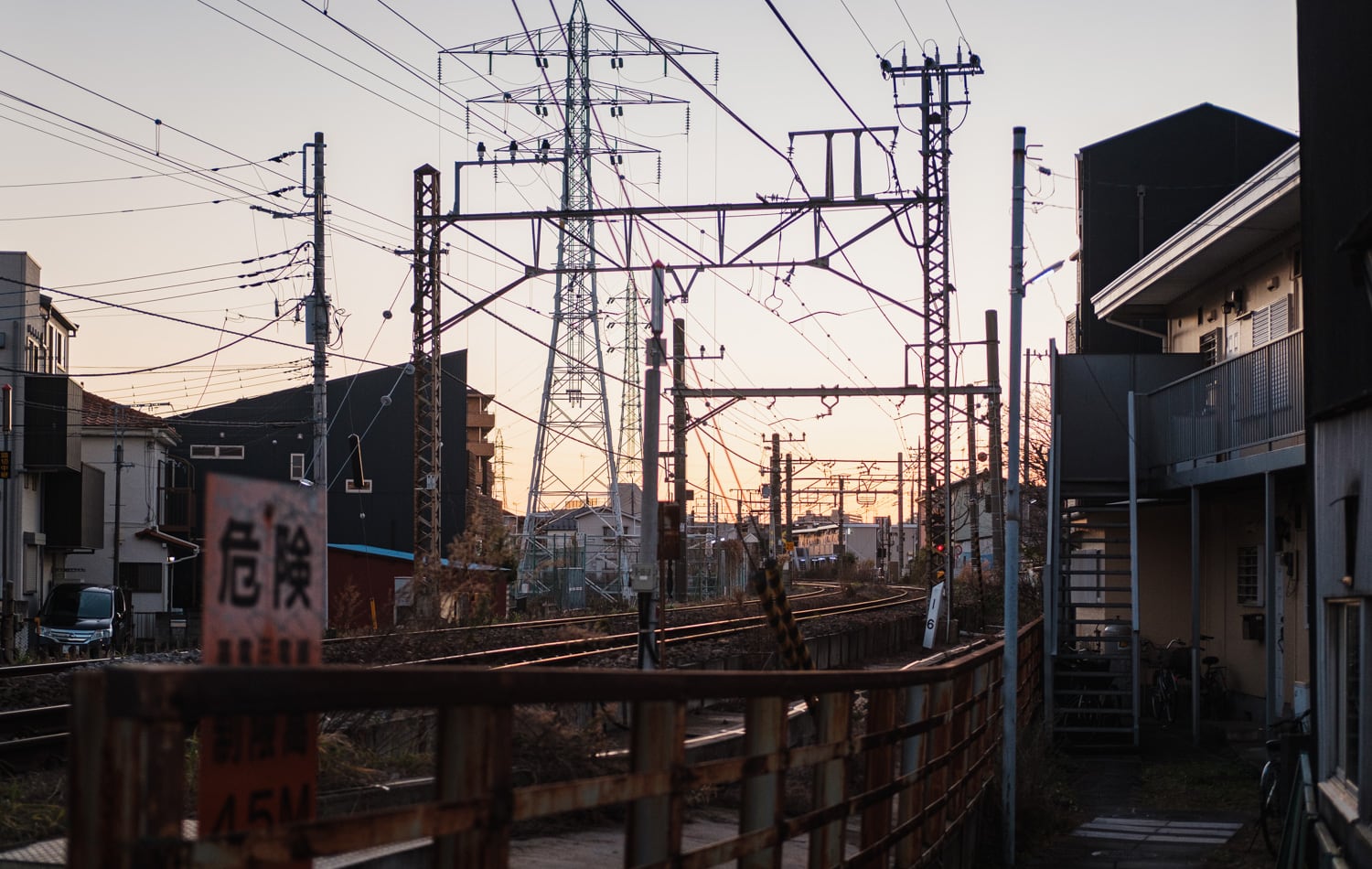 So I got up early, showered, charged my phone, grabbed my camera, and walked around the area taking a couple of pictures. I managed to figure out how to get to and from the station without GPS. I’m glad I figured that out quickly. I have a lot of tiny things to get sorted out over the next week or two. Lots of new challenges, and I gotta get back on my Japanese study grind. In addition to that, I have been talking with my little brother about some project ideas. We’ve done some brain storming and have a super simple prototype. We’re planning to expanding it a bit more this year. I intend to write about that project on here as well. This will also be my main place to post photos I will be taking around Tokyo.