I apologize now as I started this post before the most of the shutdown stuff really kicked off. Talking about food that I can’t go get now is driving me nuts too.

I love Japanese food. It’s absolutely delicious and tends to be more healthy and better portioned than most American meals. In Tokyo, there is a lot of variety of available foods from all over. I’ve done a few vacations to Japan I try to have an open mind with the food. This is something that took time to get used to as I was a very picky eater when I was younger. I have had fugu (blowfish), eel, octopus, whale, natto (fermented soy beans), raw chicken. And I think I have even had horse? Some of those are rare to eat, but eel and octopus are really common. Some of my other favorites here are: Okonomiyaki, Yakitori, and Japanese curry. Every time I traveled here, after about a week I would always crave something from back home: a good hamburger. 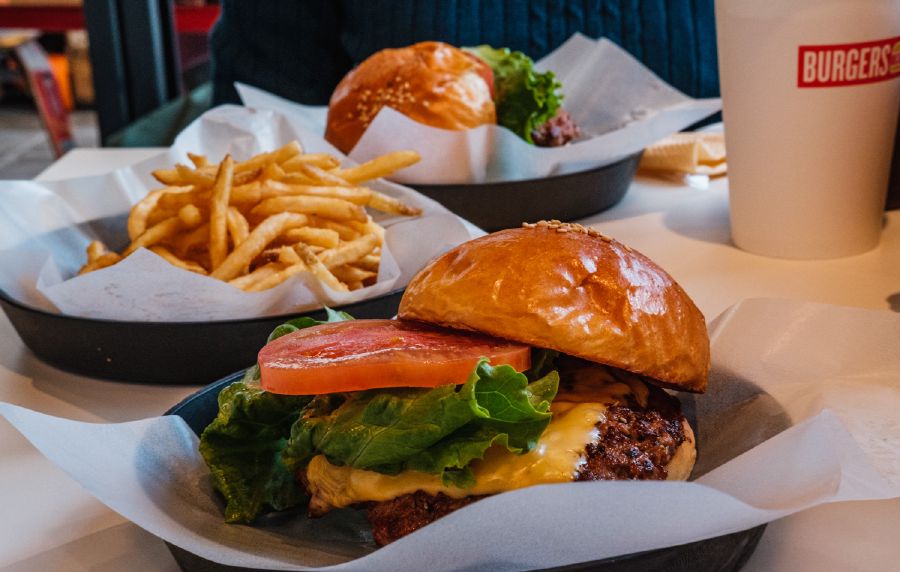 There’s several Japanese hamburger places. Most are not that great. They go after a completely different flavor. The patty is not that great. Earlier this year, I tried a Hawaiian burger place hoping that they’ll maintain that ‘American style’ of burger. Well… it reminded me of an American style of food, but not one you would want. The ingredients were mostly fine, but the patty reminded me of the quality of meat you would get in a cheap grade school lunch. That grey blob that looked like it was steamed to warm up in the back room. That burger essentially started my search. Of course, there are major US chains are here. McDonalds is obviously everywhere. But I will probably only eat McDonalds burger when I feel nostalgic for smashing junkyard cars at youth group. Wendy’s isn’t Wendy’s here. Some company essentially put the Wendy’s brand on some Japanese chain. Can’t even buy a frosty there; last time I checked. I knew from previous trips that Shake Shack came to Japan in recent years. Shake Shack is probably the only acceptable American chain, but it’s still just Shake Shack. When I asked some people about a good burger place they usually said Shake Shack. 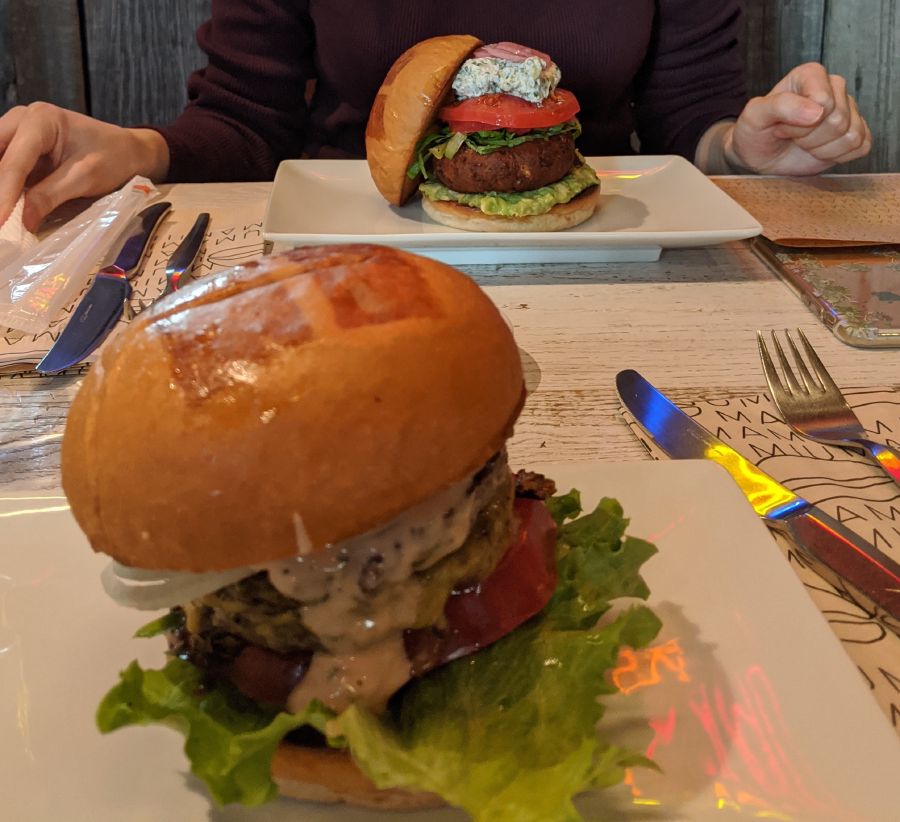 My current favorite burger shops I’ve found so far are Umami Burger and Burgers Tokyo. But the weird thing about the burger shops here, is that many of them try to make their burgers really big. It’s like twice as tall as it should be. Incredibly hard to eat most of the time. Most of the time end up eating it out of a paper wrapper that they give you to stick it in because it’s going to fall apart. With the sizing thing, my criteria for a good burger slightly shifted. Needs to nail the patty flavor and not be a pain in the butt to eat. 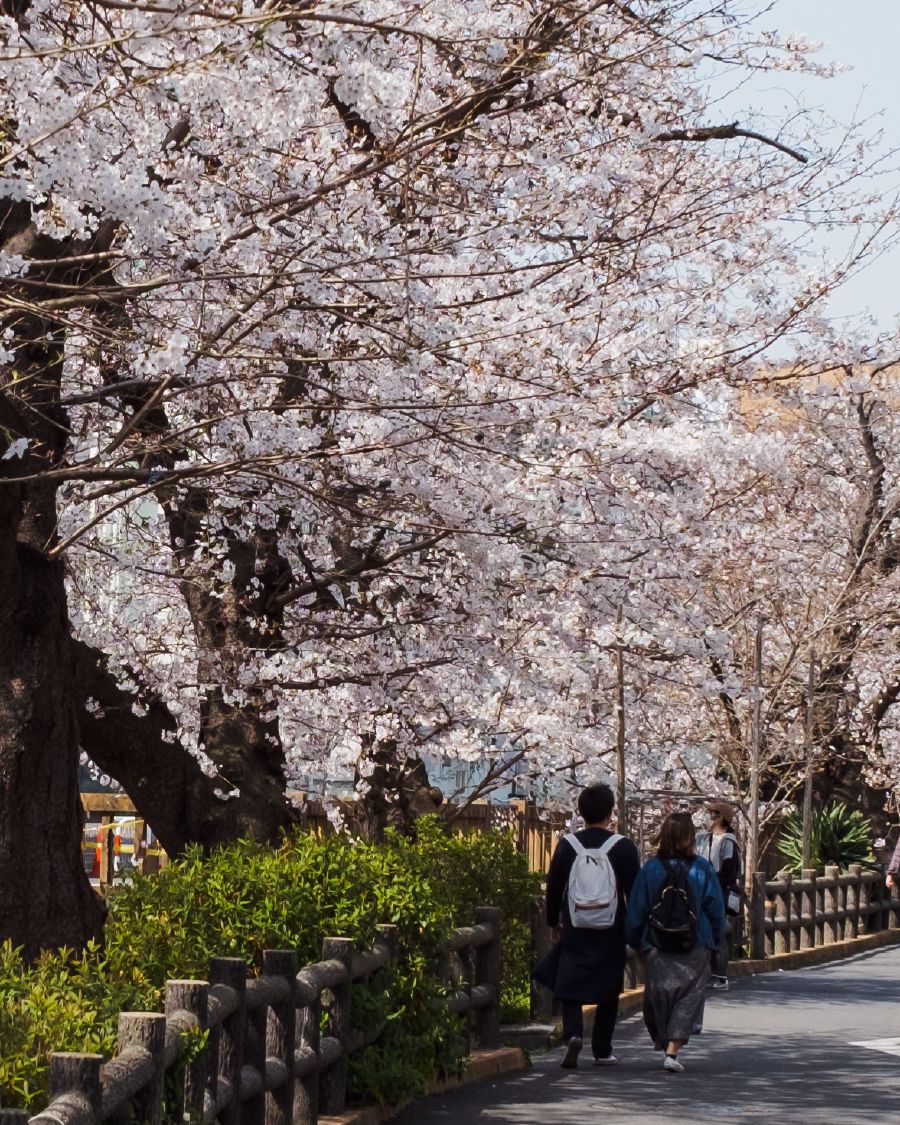 The sakura (cherry blossom) season was early this year, but it stuck around for a bit longer than I expected. Before the shutdown stuff started to get more serious the girlfriend and I had a little bit of time to see some. We had a little picnic by the river near my share house. We could people watch a bit. Parents taking pictures of their kids with the sakura. Sometimes people have a whole setup for a picnic at the river. Lots of people walking around taking pictures. Kids looking at the huge carp that are swimming in the small river. It’s a fun time. I think sakura usually is only be around for a week or two. But it seems to have managed to stick around for closer to 3 or 4. Often ends with some rain storm knocking out all the flowers. The flowers held on a bit longer even with some rain and snow coming through. 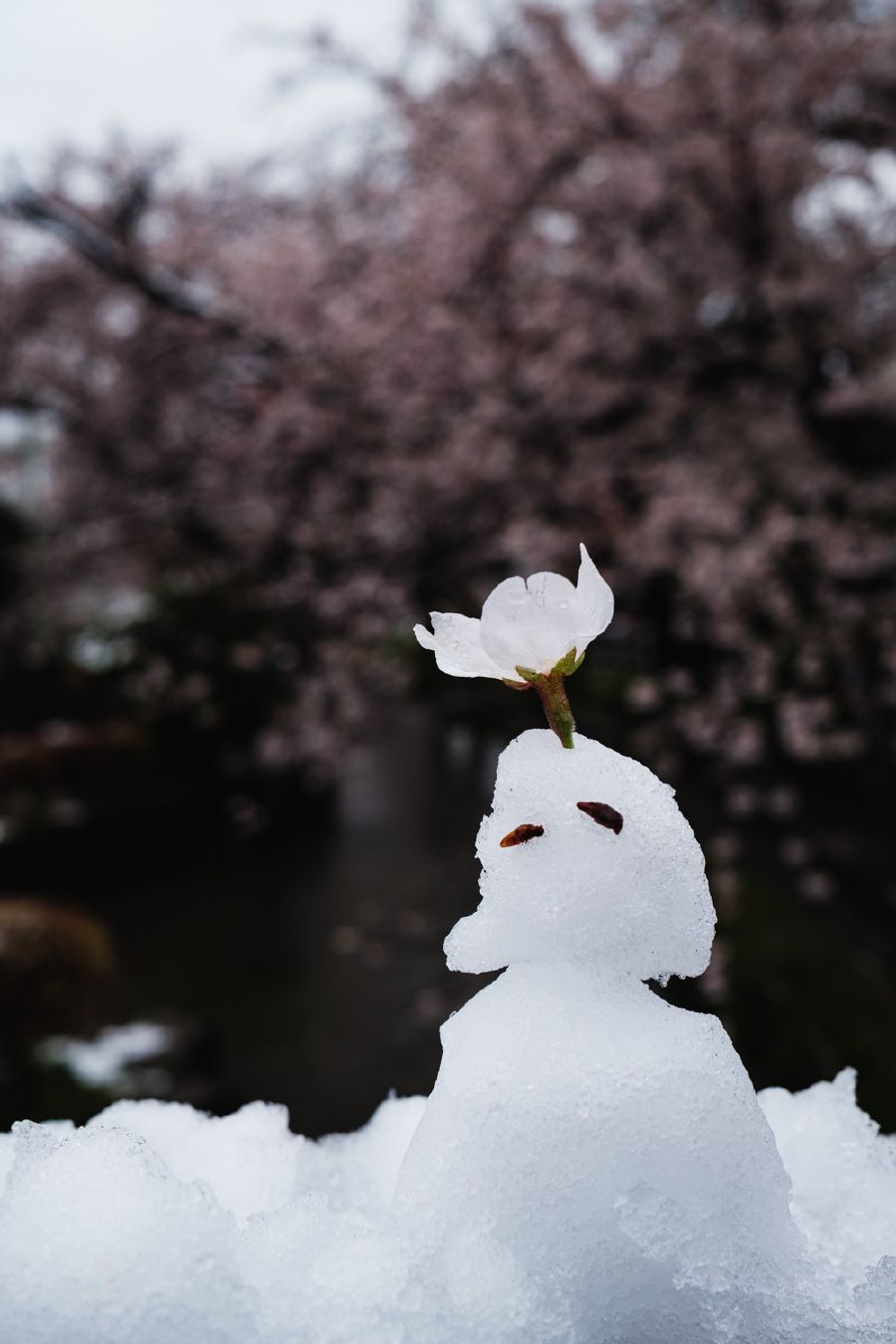 Oriental Traffic: have a nice shoes

It’s a bit weird but it took me about 3 months to finally start get back in the mood to actually study Japanese again. It weird because it was something that I so actively did back in the US, and essentially dropped once I got here. You could say I was more immersed than before, but passive learning only gets you so far. My job is pretty much entirely in English. We just have some data that’s in Japanese. So, there’s not much growth there. Not to mention the whole work from home situation. In terms of Japanese input, it’s almost like I never left the US. I have to make more effort to seek it out, which is difficult during these quarantimes.

I’m still slowly practicing drawing and writing. I’m at 66 days in a row on 750 words. But I admittedly haven’t done as much drawing since Animal Crossing released a few weeks ago. It’s been fun to play with everyone. Switched to Japanese so I can count it as study time. I’m just about to start the last loan on the house. Going to take a bit longer to pay off this last one.